Today I would like to talk to you about the things that I like about the Elder Scrolls Online. Why in it? Well, it was my first game that really brought both gaming pleasure and nerves from passing.

At the moment, I have played more than one game and I can say that the Elder Scrolls Online is still on my first list. I’m really very impressed with her.

Well, I want to say that the update Tamriel for Elder Scrolls Online Leveling for me was the most successful in the history of all updates, well, I don’t know why, maybe because of the new introductions. By the way, ZeniMax still accepted the complaint about the original game and included it in a major change. Before the complaint, there were a lot of disadvantages, from the old design to the character levels.

So let’s get started.

Voice acting
Yes, I was very surprised by this, because in most games it simply does not exist or it is very bad, so much so that you just play without sound. By the way, characters come to life thanks to, characters like lynda Carter, Courtney Taylor, bill Nighy, Michael Gambon, Malcolm McDowell, Alfred Molina, Kate Beckinsdale, Jennifer Hale and, of course, John Cleese. This is a list worthy of the name “All-star cast”, which I think makes ESO the Cannonball of MMO! In all seriousness, ZeniMax went all out when assembling the cast for this game, and the quality shines through

Variety of game modes
In another nod to the Elder Scrolls single-player franchise, there is no single win condition in ESO. The game is what you make of it. If you want to complete all zone maps and quests, there is an in-game guide for that. If you want to just follow the storyline from start to finish, or just take somewhere in the middle, this is it. If you want to fish all day, or hunt for treasure, or dig up buried antiquities, you can. If you want to challenge yourself with the most challenging dungeon modes in the game, then dungeon finder is just one click away. If you prefer to compete directly with other players in PvP, you can enter the battlefield. If large-scale pvp is more suitable for you, ask someone else, because I still can’t remember how to get into Cyrodiil, but it’s there! 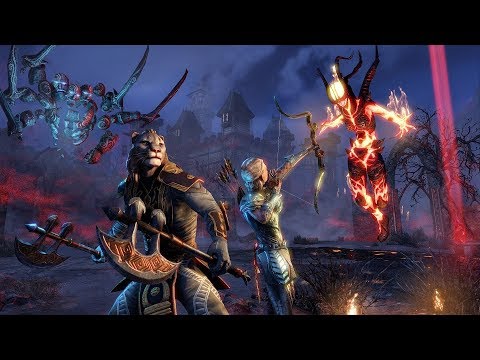 There is even a popular joke term in the community: Fashion Scrolls Online, referring to those who simply prefer to collect cosmetic looks and housing items. The game is what you make of it.

This is a small part of the advantages, well, as a small-very small. But still, here it is in front of you.