A true Destiny 2 fan? Then the June 4th must be a big day for you this year, because this is when the Season of Opulence starts, which will be the season of content on the roadmap for this year, so it must be massive.

The Season of Opulence

Prepare for the Solstice of Heroes event, Iron Banner, and an exotic quest. Also, buying Annual Pass you will get new the Crown of Sorrow raid, a new 6 player matchmade activity and, of course, new weapons and armament. By the way this time the raid will launch on the same day as the expansion, usually it takes a few days to roll the raid out after the last update. The recommended level for the raid is 750, which can be reached with a new max Power level increase of 50, making the top level is 750th.

“The world’s first race for a raid is a competitive event. The raid is a challenge geared toward testing a fireteam’s ability to learn and execute on the mechanics, as well as their ability to overcome enemies and bosses together. Having a short window of time between release and launch allows us to preserve the combat challenge for players making their attempt on day one and get people playing the raid content right away.”

Judging by screenshots from new season the action will be happening on The Leviathan, Destiny 2’s first raid location.

Check the roadmap below to see the changes for Season of Opulence. 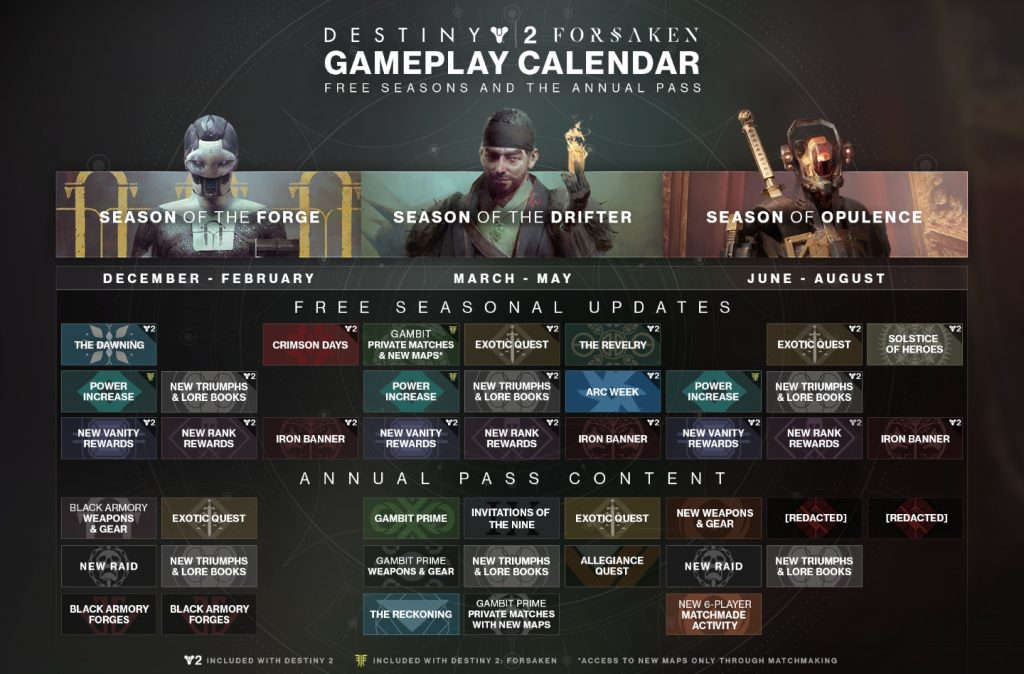 Also, watch the following video review of the new season.