ArtCraft Entertainment wants to add a number of mandatory features in the next Crowfall beta update, which will include the ability to create alliances with other guilds using the new in-game interface. What should I do to create alliances? This gives you a number of advantages, such as access to city resources without being attacked by security guards and no penalties for friendly fire. 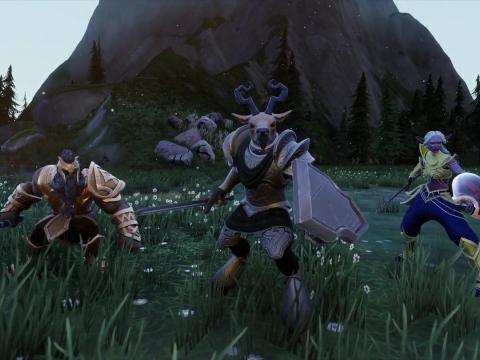 Creating and breaking alliances will be very easy. Players United in one campaign are not allies in all campaigns, leaving their Alliance options open-your ally in one world can be your enemy in another, ” the Studio explains. “This feature gives rise to a completely new way of conquering the world. The dynamic nature of how players can enter and exit alliances triggers political plots and intrigue on a massive scale!”

This update, which is scheduled to be released later this month, will also come with quality of life additions, including mounts, faction chests, and of course a new crafting interface that should make it easier to mass-produce items.