S.T.A.L.K.E.R. 2 is an upcoming fourth installment in the S.T.A.L.K.E.R. series. It has been almost a decade since the first announcement of the game. However last year studio started talking about the game again, but not too much into details. So far we Also know that  new game uses the Unreal Engine, rather than a proprietary engine like the original games. First screenshot of the game in full glory you can checkout below: 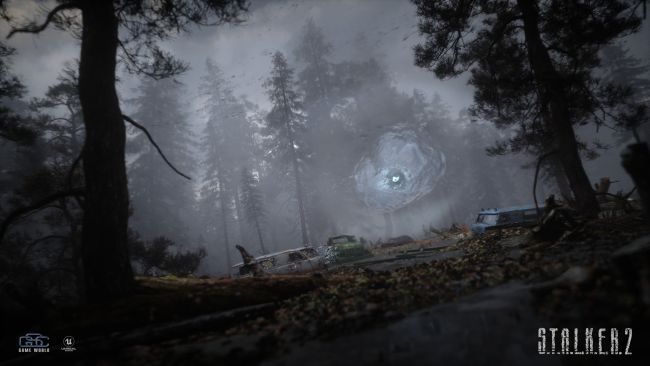 As you can see the atmosphere is exactly what we would expect from S.T.A.L.K.E.R. Damp weather, Dark forest (This is exactly what a map in previous S.T.A.L.K.E.R games is called) rusty cars, and some kind of an anomaly.There is not much else in this screenshot but maybe, just maybe diehard game fans will reveal some hidden details.

Previously, Game Devs said that they have collected all the best ideas they have into one game and it will be a S.T.A.L.K.E.R. 2 also they added that it will be a completely different game from what shelved back in 2012.

Players can also expect modding support, as game developers said in month of January “User modifications help the world of the Zone to live on while we are busy with making a sequel, and we can’t be more grateful for that” and Stalker 2 modding will be “easy and accessible”

There’s no word on a release date yet, but since we’ve only seen a single screenshot, expect it to stay like that for a while.