The Shadowlands add-on, which is coming out this fall, is currently being tested on World of Warcraft test servers. In the middle of the week, the developers launched the first version of the prepatch event; as it turned out, the event will be associated with the invasion of the dead.

The players themselves turn into zombies. Once infected, they can attack and infect both other players and non-player characters. Initially, the infection only spread through Stormwind and Orgrimmar, but players found a way to escape the city walls.

As a result, a significant part of the game world was infected and devastated, and both players and non-player characters turned into the living dead. 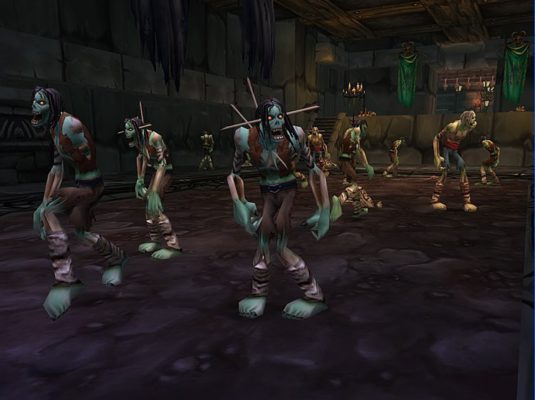 In the past, the developers of World of Warcraft have already arranged similar invasions of zombies. The first occurred shortly before the opening of the RAID in Naxxramas, the second-before the release of the Supplement Wrath of the Lich King.

Turning into a zombie, players retain the ability to communicate with each other and get five attacks. You can, for example, scatter bile, reducing the speed of movement, or you can blow up your own body, causing huge damage to everyone around you.

According to the developers, the duration of the zombie event can be regulated by the players themselves. If desired, they can try to infect as many characters and other players as possible, but without their participation, the event will be less large-scale.