The next game in the Far Cry series from Ubisoft, Far Cry 6, recently received new trailers giving an idea of the game’s protagonist, Dani Rojas, as well as Anton Castillo, the game’s antagonist. Since Ubisoft announced that Far Cry 6 will be the largest map of all games in the series, many have speculated about its features, and a post from a Reddit user helped clarify the size and geography of Yara Island.

Reddit user guccitorial_gangulas posted a screenshot of the map from Far Cry 6 showing its full size and location. While there are other map images in the new Far Cry 6 trailers, they either don’t show Yara in its entirety or are too blurry to see its details. The map itself consists mainly of one large island, with another smaller island located off the southwestern coast of Yara. Many speculate that this island could be the place where training takes place or where the final boss encounter takes place, as in Far Cry 3.

The map appears to be split into different regions, possibly with different jungles, beaches, and other biomes as described by Ubisoft. While it is difficult to determine the exact size of the map from the available imagery, Ubisoft has confirmed that this will be the largest Far Cry map to date, and will contain a wide variety of biomes. 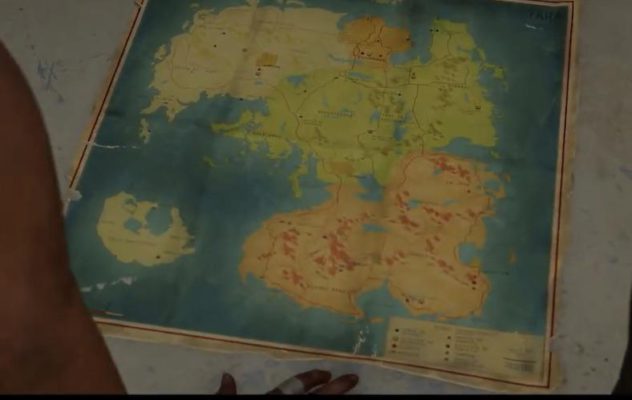 Keep in mind that the size of the map does not always determine the quality of the game, but this variety and scale will undoubtedly benefit the game, and the large selection of weapons and combat options in Far Cry 6 will help keep the game dynamic.