The Division 2‘s official Twitter announces that the games in the series will not be showing at the upcoming Ubisoft Forward event on June 12, but new content is already being created.

In an official tweet, the developers said that they are “still hard at work” on The Division 2 and that new content is “coming to the end of the year.” In a major update, there will be a new mode and an updated character leveling system. The number of assemblies and their viability will increase. 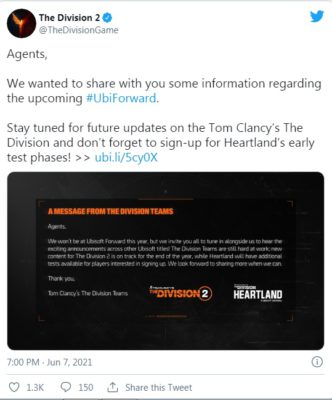 The Division Heartland, whose gameplay was recently released to the network, will be tested by players. More details will follow later.