The exotic grenade launcher Anarchy is currently one of the most popular and best weapons in Destiny 2. But that could change soon, because Bungie wants to weaken the weapon exotic soon.

Where does the info come from? Recently, Bungie gave a first, but extensive look at the upcoming mid-season update for Destiny 2 as part of the “TWaB” blog MMO bring with them – including all sorts of buffs and nerfs for different weapons.

In the course of this, the studio talked about some other upcoming changes for the near future of Destiny 2. And as the developers announced there, one of the best exotic weapons in the game will soon be nerfed.

“Anarchy was way too good for too many years …” It’s about this weapon: The weapon in question is the exotic grenade launcher Anarchy – a power weapon for the heavy slot that shoots sticky mines, which in turn are connected to each other by chain lightning. Originally the anarchy comes from the raid “Scourge of the Past”. Since this rotated out of the game with the release of Beyond Light in the Destiny Content Vault, you can now buy the weapon in the tower via the exotic archive. 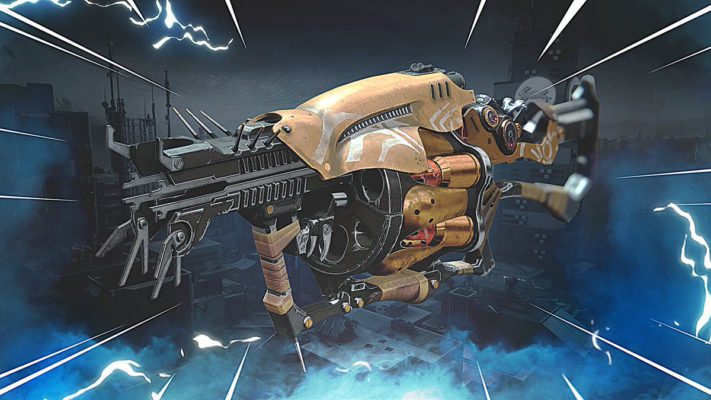 What is the “problem” with this weapon? The Exo is currently considered one of the best in the game, and in Season 14 it is an integral part of the Exotic meta in PvE. In general, Anarchy is one of the best PvE weapons at the moment – and not without reason. Because this grenade launcher has been absolutely unchallenged for some time when it comes to passive damage over time in battles against bosses or champions. And this season, grenade launchers are generally hugely upgraded due to the seasonal artifact. Combine the anarchy now, for example, with the seasonal mod “Break through and clearing” and you become an overpowering boss killer.

This status quo has not escaped the notice of the makers of Destiny 2 – and they are reacting.

“The Anarchy has been way too good for too many years (even without the boost it got this season from the artifact mods for grenade launchers). So we’re making changes that are more likely to make her great in some roles and not king of all grenade launchers. “

The days of the ubiquitous PvE rule of anarchy are officially numbered. If you are allowed to call the weapon your own, you should enjoy it at the height of your rule, as long as you can. Unfortunately, Bungie does not always have a good hand and the necessary sensitivity when it comes to adapting powerful Exotics or weapons in general.

How exactly does the nerf look like? Unfortunately, the developers did not reveal that. But we should also get tangible details by the start of the new season. Because the studio usually communicates such changes a little more specifically in advance.

When is the nerf coming? There is no exact date, but there is talk of the “near future”, more precisely of Season 15, the upcoming new season, which should start on August 24th. It is conceivable and quite likely that this Nerf will come into play in the traditional major update at the beginning of the season.