A new killer in Dead by Daylight gets its first teasers. However, the community already knows who the killer will be.

Although Dead by Daylight only released the new survivor Mikaela Reid a few weeks ago, the next DLC is already in sight. More and more teasers are published on Twitter and YouTube.

A first video now reveals the title of the upcoming DLC: “Portrait of a Murder”. Leak revealed a lot beforehand: As unfortunately the sad tradition with Dead by Daylight, the content of the next update has already been leaked. The first pictures of the new killer – apparently a very attractive woman with a dangerous claw hand – are already in circulation, as are pictures of the new survivor. 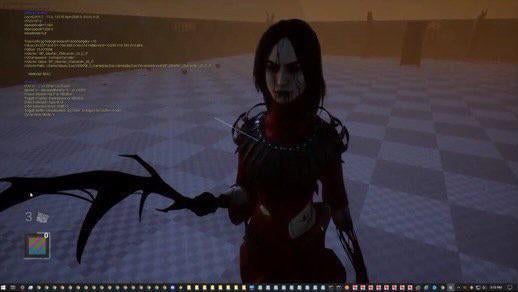 The killer has a strong connection to crows, which also appear again and again in the teaser pictures. There also seems to be a connection to the organization “The Black Vale”. This is a secret cult in the story of Dead by Daylight, which tries to raise humanity to the next level of being and thereby carries out occult rituals – in several dimensions.

The title is ambiguous: For horror fans, the ambiguity of the title may be a little lost. Because “A Portait of a Murder” is ambiguous in the English language, especially in connection with the crows theme. It could literally be translated as “The portrait of a murder”, but also at the same time as “The portrait of a swarm” – because a “Murder of Crows” is a “swarm of crows”.

What can the new killer do? That, in turn, is still unknown. The lady’s three standalone perks have not been leaked, nor is there any clarity about her ability. Due to the whole crows topic, it can be assumed that the crows will be a certain part of their skills. After all, crows are featured on every Dead by Daylight map, making them an important element of the game, albeit one that is often overlooked by newbies.

In Dead by Daylight, crows react to the movements of killers and survivors and then fly away. This can be seen from a long distance and tells attentive players where other characters are.

As soon as the killer lady is playable on the PTB (test stream), we will of course report on her skills. That should be the case early next week.