In a newsletter from the developer City State Games there was new information about the upcoming MMORPG Camelot Unchained. Besides a few words about new areas, the most exciting statement is that NPCs will never drop equipment.

What is Camelot Unchained? The Kickstarter MMORPG, announced back in 2013, has set itself a goal: group-based gameplay and a lot of PvP. The game was able to inspire many backers and collect over 2 million dollars. But since then the players have been waiting for a finished version.

Nevertheless, Camelot Unchained is an insider tip for PvP players and advertises with great battles and the interaction between the players, which is particularly important.

At the heart of the game are the three warring realms around which the game’s PvP plot is supposed to revolve. So you fight either as a Viking, Arthursian or Tuatha Dé Dannan and choose one of the different races. With the latter, for example, you can play as a giant that keeps growing. 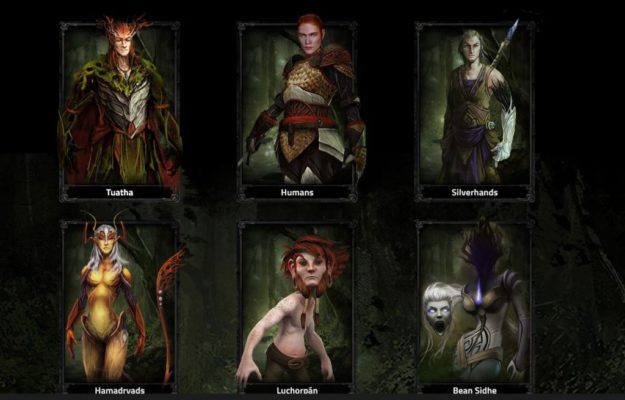 Furthermore, Camelot Unchained impresses with 29 planned classes and a real MMORPG veteran as team leader. Marc Jacobs is considered to be the brain behind MMORPGs like Dark Age of Camelot and Warhammer Online.

What’s new? In a newsletter, the developers have now released new information on how looting in the game should work in general. The newsletter clearly explains that the focus is placed on the interaction with other players, and this is also reflected in the loot.

This means that NPCs, i.e. monsters and non-player opponents, will never drop equipment. There will be no way to get your weapons or armor from such enemies.

Finished equipment will also not be found in any chests or in the world. Camelot Unchained relies much more on crafting and trading between the players. All you can find are materials that you can then use to make equipment.

Of course, you can only make the type of equipment that you specialize in. So the game wants to motivate you to ally with other players, to trade and to help each other out.

Why is that exciting? Camelot Unchained is following an extremely unusual path. In the vast majority of MMORPGs, you get your equipment exactly where Camelot doesn’t want it to be.

As players, we are used to running dungeons and hunting monsters to get the equipment we want. So the equipment principle of Camelot is the exact opposite of what we know.

So far, we can only speculate whether the concept will work out in the end. It’s definitely an exciting idea that fits into the general concept of the game. The Kickstarter campaign already proved that the potential and the community is there to make it work.

When can i play this? It’s very difficult to say at the moment. The first beta was originally announced for March 2016, but was then postponed to July 2018. Although the game won new investors after the beta, it was unable to meet the planned release in 2019. There is currently no new planned release date.