Call of Duty: Warzone launched to massive success. In an age where battle royale is the trendy genre and Call of Duty remains one of the most recognized video game IPs in the world, combining the two was bound to be a success – especially when made accessible by being free-to-play for everyone. At the same time other multipleer shooters like Destiny 2, Division 2 or Outriders all share Buy-to-Play model which has been very successfull as well. 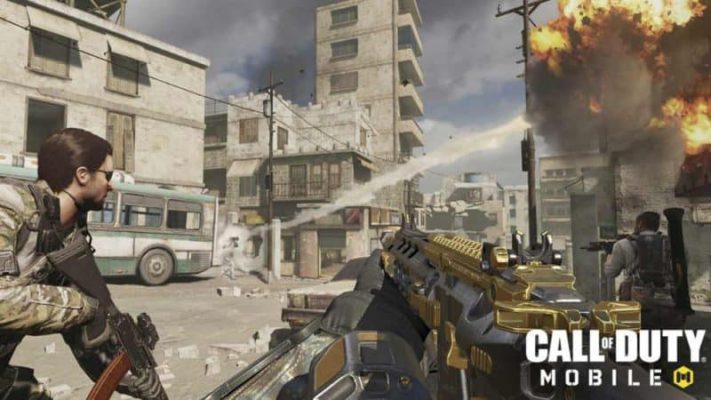 But will Warzone follow in the footsteps of other battle royale games and jump to mobile – and does it even need to?

Before we dive into the possibilities of Warzone appearing on mobile devices, it’s important to point out that there is already a Call of Duty battle royale game available on mobile. Call of Duty: Mobile is free on iOS and Android and includes a 100 player battle royale mode alongside traditional multiplayer that evokes the iconic CoD gameplay, set on the most popular maps from the series’ history.

There are key differences between Mobile and Warzone, besides the player count.

Call of Duty: Mobile features a completely different and smaller map, distinct game mechanics and a much more sci-fi oriented setting, based in the vein of the later Black Ops titles. Contracts, Respawn mechanics, the Gulag, weapon customization and other elements are either absent or wholly different. It’s a good game, and a good take on a Call of Duty battle royale mode, but no Warzone.

So, will Warzone eventually hit mobile?

To order Destiny 2 Boost on any platform click here. Two other big names in the genre, Fortnite and PlayerUnknown’s Battlegrounds went mobile after picking up enough steam, and considering Warzone hit over 30 million players in just a couple of weeks, one can hardly say it isn’t popular enough. However, system requirements and the existence – and apparent success – of Call of Duty: Mobile mean this isn’t as clear cut.

Fortnite didn’t have trouble moving to mobile since the game was designed with extremely low system requirements in mind by default. For the sake of being accessible to as wide an audience as possible, Fortnite can run on basically anything. PUBG on the other hand, went through a significant graphical downgrade to be viable on mobile.

That said, the gap between mobile devices and lower-end laptops or PCs is closing, with dedicated gaming phones available on the market specc’ed out in ways that put netbooks to shame. As the device ecosystem diversifies, technical boundaries between platforms are beginning to blur. Presumably it would be possible to port the game to mobile, though significant effort would have to be made to decrease that monster install size.

The main question is whether releasing Warzone on mobile would make any sense from a business standpoint.

Fortnite has, for the most part, dominated the mainstream market as far as battle royales go. While it couldn’t be further from the truth to call Call of Duty “niche”, it’s definitely aimed more at core gamers than Fortnite’s maximum accessibility approach. As such, it might do more good to keep Warzone on consoles and PC and stick with high-end visuals to distance it from the competition. Ultimately, it’s also possible that Warzone will only be ported once Call of Duty: Mobile is retired, since Activision wouldn’t want their own products to be competing.