Skip to content
Wattson was arguably one of the most controversial balancing legends of the last few seasons in Apex Legends. Developer Respawn wants to improve the heroine a bit, but to compensate for it, he also wants to strike with the Nerf hammer.
The legend Wattson has clearly been one of the more controversial points of discussion when it comes to balancing in the last few seasons of Apex Legends. With an extremely low pick rate of 1.6%, only the legend Rampart with 1.5% is played even less than Wattson. Developer Respawn still thinks it’s balanced, but is working on changes.
A question of balance
After the Genesis Collection update, in which Wattson received a “mega improvement”, which then turned out to be a purely cosmetic and useless change, the discussion between gamers and developers around Wattson had reached its peak.

Lead designer Daniel “Zenon” Klein then revealed that they were actually working on changes: “Yeah, we’re working on it. I can’t give an approximate launch time because it’s still very experimental, but the goal is to make Wattson more fun and more powerful while we deprive her of some of her invisible power (because she has an extremely high win rate, as I keep saying). “

However, this also means that a possible improvement will also mean a deterioration elsewhere. Klein wrote on Twitter: “There’s not much room at Wattson to hone her strength any further, so as soon as we make changes to make her more comfortable, we’ll have to throttle other points in her arsenal to make up for that.”
He went on to say that while subjective feelings are important, data should not be disregarded. Referring to a graph of other characters’ win rates, he wrote, “I’m not saying she’s a little strong. I’m saying that if we look at the full spectrum, she’s the strongest character in the game.”
How could Wattson be customized?
Developer John “JayBiebs” Larson revealed that Respawn’s first solution is likely to be to change their hitbox. Either way, however, it should not receive a “simple improvement”. The aim is to make the feel of Wattson more fun without letting it become overpowering.

In an interview Larson revealed a little more and said: “We wouldn’t be so cheeky if we weren’t working on changes. Right now we’re mainly working on their fun factor. There are a lot of ways we can do them can change, changes to your ultimate ability for example. We’re working on it. ” It remains to be seen how soon we can expect specific changes. 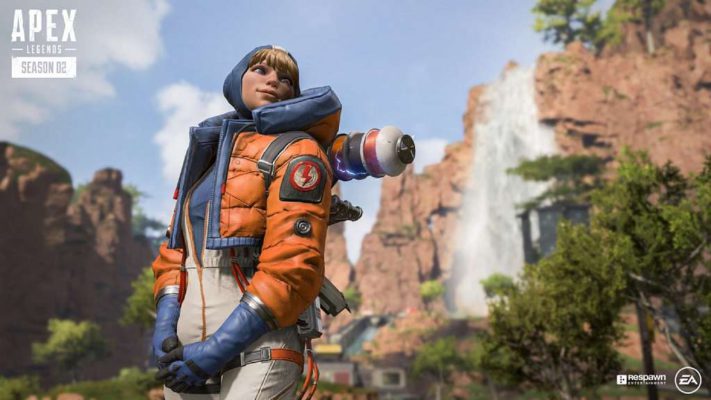