In the summer of 2020, the largest war in history began in the MMORPG EVE Online. For the past 5 months, the largest alliances have been actively fighting, which lead to colossal destruction. The main actors are the combined forces of the Legacy Coalition and PanFam, as well as the Imperium coalition. The total number of pilots involved in this conflict exceeds 200 thousand capsules.

Last week showed a slightly slower pace of the war. Between November 29 and December 5, 20 hostile actions were observed. The action took place mainly in and around the Delve region, although it is also worth noting some notable events in other places. During the 22 weeks of “World War Bee 2″, about 26 thousand more ships were destroyed, and the total losses amounted to about 2.5 trillion rubles.

During the entire war, more than 543 thousand ships were destroyed, the cost of which exceeds 64 trillion rubles. The approximate estimate of the real world cost of this conflict is almost 900 thousand dollars. Last week, there were 4 battles, the total losses in which exceeded 20 billion rubles.

The events of the southern front were mainly focused on the battles for structures and the conflict on the border between the 1DQ1-A and T5ZI-s systems. Sunday’s cross-border activity results were in favor of PAPI, with 9.9 billion lost assets versus nearly 25 billion for Imperium. On Monday, the Huns lost the Tatar complex in Fake Querious, and again lost battles on the border, ending the day with a score of 49 and 32.4 billion destroyed claims in their favor. But on Tuesday, the situation leveled off a bit and the losses were almost equal, 31.3 billion for Imperium and 27.6 billion for PAPI.One of the first major events of the week in the Delve region was held in the 5-CQDA system. Imperium forces that used Cerberuses and Muninns battled PAPI fleets consisting of Eagles, Muninns, and Jackdaws. The victory was for the latter. PAPI destroyed 30 billion enemy ships, while Imperium only destroyed 20.4 billion. In addition, the goons also lost The fortisar in Fake Querious and the fractional Fortisar Period Basis.

But the results of the border showdown again turned out to be in favor of the Imperium, although not by a large margin. 25 billion destroyed and 22 lost. Saturday was one of the busiest days of the 22nd week in the South. The Imperium managed to save 1 fortisar in the C3N-3S system, but lost another. As for the lost money, the goons won, destroying almost 30 billion of the enemy with their own losses of 23.3 billion. Later, the Imperium also defended Fortisar in Period Basis, causing damage to the enemy in the amount of 2.7 billion rubles for losses of 2.2 billion. 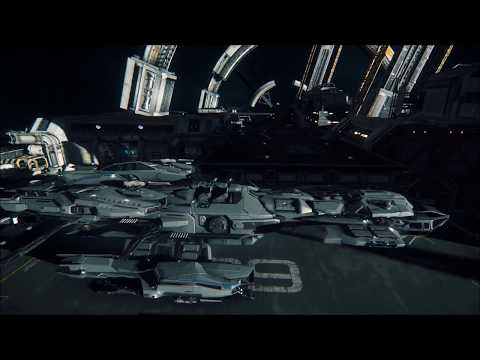 The atmosphere of the wild West continued to prevail in the North. Fleets actively fly in search of lone Capital, which are regularly destroyed. As the initiative Alliance is once again deployed on the front lines, leaving fewer combat units in the Fountain region, the Lowsechnaya Sholupen and Northern Coalition took the chance. They again launched an invasion of the region and captured a large number of infrastructure hubs on the input constellations from Delve and Aridia.

In the Eastern territory of the war, the Bastion Alliance’s siege of the Northern part of Esoteria was met with resistance, which somewhat slowed the pace of progress. Towards the end of the week, Army of Mangoes regained some of the infrastructure hubs in the contested constellations. On Sunday, Imperium and Russian-speaking fleets from Stain attacked a hostile processing complex using Dreadnoughts and Cerberus. The fight ended with a score of 50.6 and 16 billion points in favor of the attacking side. Later in the day, the Imperium fleet descended on the mining Rorqual, destroying just over 26 billion ships with minor losses of just 2.1 billion.